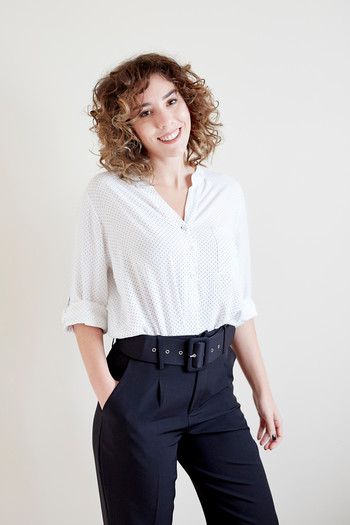 Alexandra Eleftheraki (bοrn in 1989 in Greece) ,is a young freelance photographer with a creative mind and fresh ideas currently based in Athens.
She developed an interest in photography in her early twenties as her father is a photographer too.
In 2009 she completed her studies in Leica Academy of Athens as at the same time worked at ABS studios with her father.
From 2013 she is working in the unique island of Santorini and many other location, and she loves covering the happiest moment in the life of couples all over the world as she deeply appreciates being part of their wedding day .For her the key point of her work is the way she approches and works with people in an intimate way .It is such an important part as it helps to capture the true emotions of the couple.Looking through her work one can detect these emotions reflected in her photos .

Another beloved theme she likes to work on is maternity and baby photoshoots as they are the purest and most beautiful stages of ones life .

"When standing in front of an expecting mother you feel the vibrations of the up coming life which makes the scene around me breathtaking.On the other hand I always feel humbled in front of a new born baby.It puts a big smile on my face."